History of Circles and Spiritualist Centres in General 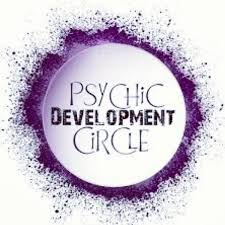 Circles have been around since the beginning of time.  Small groups of people, sometimes exclusively women or men, others mixed groups, all wanting to explore the idea of making the most of this life we have been granted; all with a strong belief that we go beyond this life into another space or dimension whilst still keeping links our loved ones and this world.

Throughout time, there have always been prophets, seers and oracles; wise ones who were considered important members of the community.  Mediums came into the forefront in the USA in the 1840’s and began the Spiritualist movement.  Indeed, the Victorian Spiritualist Union was founded by Mr William H Terry who was a bookshop and health store owner in Collins Street. This was in 1870 so they will celebrate their 150th anniversary next year which in anyone’s estimation is an incredible achievement.

Originally, meetings would have been held in private homes where gatherings of like-minded people with open hearts and minds seeking more information about this world and the next would congregate to explore and share their understanding of the Spirit world.  Circles now take on many forms, but the principle is the same - the quest for esoteric knowledge and a safe place to practice the skill of Mediumship.  And this is what Circles provide - a base to set up trustworthy, spiritual practices incorporating prayer and meditation, to bring through messages from Spirit. Now, whether you believe that this is coming from God, your higher self, guides, loved ones and/or ancestors depends on your beliefs. What we do know is that such gatherings sponsor open and enquiring minds, generates discussion of the various methods of working with Spirit and engenders a positive and giving attitude to all who attend such Circles.

We are lucky today that it is so accepted in our society but that has not always been the case and you still have to be mindful of which Circle you join.  For me, I went along to a Spiritualist Centre long before joining a Circle and then sat in a Circle for seven years and, on the advice of my teachers, I began my own Circle. Part of my service now is to give back to the Spiritualist Centres by doing Lectures and Mediumship Demonstration whenever I am asked.